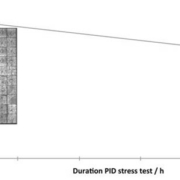 PV modules experience degradation naturally without it being owing to the flow of electrons across p-n junctions within the module. Modules experience power loss rates of approximately 3% within the first year of usage. Thereafter, a phenomenon known as power stabilization is said to occur, which refers to lower levels of power loss in subsequent years of usage at rates typically around 0.8%. This indicates that the rates of degradation are most prominent initially. LID of a PV module refers to the power loss and other loss of performance of crystalline p-type boron doped silicon solar cells after the first few hours upon exposure to sunlight. LID typically varies between 1-3%. The degradation of cells by sunlight is highly dependent on the quality of the wafer manufactured and is the result of a defect known as “boron oxygen complex”. This defect occurs owing to oxygen being trapped in the silicon as part of the “Czochralski process” during manufacture.

The second form of degradation PID caused by voltages as high as 1000 V and above together with high temperatures and humidity. Furthermore, the accumulation of dirt and the degradation of glass can catalyse the process owing to the release of sodium ions. Modules that have experienced such degradation generally contain some black cells that are non-functional and found near the frame. This occurs due to a large flow of electrons through such cells, due to the differential in voltage across the pane.
The IEC standard 62804 created to assess the capability of PV modules to withstand high voltages and not experience any degradation as a result. The proposed method involves the subjection of PV modules to a DC voltage bias of magnitude of 1000 V at a humidity of 85% rH and a temperature of 60 ºC, for a period of 96 hours. The graph shows the Pmpp/W rating (Pmpp is the panel maximum power) together with the pictures of the panel exhibiting Electroluminescence before and after the test

It can be seen from the above graphic that the PV experienced a power loss of around 25% over the course of the PID test. As per the IEC standard 60924, for the module to meet the required standard, this measurement must not exceed 5%. It may be argued that there is variability across PV modules. However, the said standard has been decided based on tests on a large number of various PV panels.

PID and LID are two different sources of degradation of cells in PV panels and are therefore ratings pertaining to these phenomena should be carefully considered. Although the phenomena may be well known among installers of such panels, ratings are often neglected and thus affect the long-term life of the PV panel. This is particularly important for the purpose of making accurate forecasts pertaining to energy generation. In the absence of PID and LID being considered, the panel will incorrectly be thought to be performing lower than its rated efficiency. Sophisticated measurement tools allow for such metrics to be recalculated based on deviations of real performance from predicted performance. 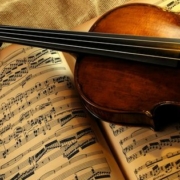 Advanced Solar Data: Is It Really Music To Our Ears? 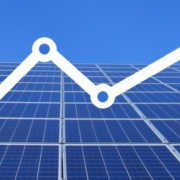 What Are the Most Common Causes for Solar Performance Issues?
Desplazarse hacia arriba